Published 5 months ago by Gala Albo

1. "Suburbia" is one of the latest singles from singer-songwriter and guitarist NoSo. Released in 2021, the song was followed by the recently released singles "David" and "Honey Understand." NoSo caught the public's attention when they entered NPR's Tiny Desk Contest in 2019 with the song "Allie." While NoSo hasn't announced any shows in the area, they will be visiting the East Coast supporting both Molly Burch and the group Yumi Zouma this Spring.

2. Livingmore is a Los Angeles-based band consisting of musicians Alex Moore, Spencer Livingston, and Mike Schadel. 'Look' is their most recent album, released this year, featuring the song "Keep Multiplying." This summer, you can see the group perform live at The Moroccan Lounge on July 8th, with doors opening at 7:30 pm! Livingmore will be joined by guitarist Jeff Schroeder of The Smashing Pumpkins, who is also the producer on their upcoming record.

3. Funk musician and 88.5 FM host Cliff Beach is back with a new single and EP! The song "Doing My Own Thing" was released this year via Infinite Companion. Additionally, 'Four On The Floor' is an EP that features remixes by artists Chops and Mogul. You can tune to 88.5 FM every Friday from 9-10 pm to catch Cliff Beach's show Deeper Grooves. Discover music in multiple genres such as pop, soul, disco, jazz, and more!

4. This month, Singer-songwriter Irene Diaz has been featured with her song "Wrapped." The song is off her latest album 'Lovers & Friends,' which was released this year. The album also features artists Pere George and Figgy Baby. Diaz has been around the music scene for years now, releasing her first EP, 'I Love You Madly' in 2013. Luckily, you can see Irene live on April 17th at Permanent Records Roadhouse!

5. 'Joy in the Morning' is the debut LP from L.A. band Spectre Jones. The group includes artists Wilson Howard, Alexa Shafer, Brett Stratemeyer, Jacob Williams, and John Lowell. Since the debut single release, "Surplus," in 2017, the band has put out a handful of singles and the EP 'Greetings From.' "Sisters & Brothers" is the third track off the debut LP and is the song featured on 88.5 FM this past month. On April 8th, you can see Spectre Jones live with Jam in the Van at 8 pm!

6. "Giving Up" is off Teddy Grossman's debut album 'Soon Come.' The Los Angeles-based singer-songwriter will be hitting the stage on April 13th for an album release show at Gold Diggers in Santa Monica. Grossman has 12 songs out to date, along with music videos coinciding with songs from the album, such as "What I Owe," "Leave It On The Line," and "Power In Pain."

7. Beaux Gris Gris & The Apocalypse have just put out their sophomore album 'Good Times End Times.' The band is comprised of musicians Greta Valenti, Robin Davey, Emma Jonson, Mark Barrett, and Stephen Mildwater. "Fill Me Up" was the first single off the recent album and was released along with the music video. Although Beaux Gris Gris & The Apocalypse won't be in Los Angeles, they are currently playing a handful of dates in the UK.

8. "Amateur Hour" is the first track off Eels' latest album 'Extreme Witchcraft.' The Los Angeles-established band has been around since the 90s, with the most recent album being their 14th! Constant member of Eels, Mark Oliver Everett (also known as E), produced 'Extreme Witchcraft' with PJ Harvey, producer and bandmate John Parish. Eels will be on their US tour next summer, performing at the Fonda Theatre on June 10th.

9. Ryan Levine is a local musician who recently came out with his debut EP 'Good Things To Remember.' Before the album dropped, Levine prepared his audience with the release of three singles, including "I Miss The War." Before Ryan's solo career began, he participated as the lead singer of the band Wilding over the last seven years.

10. Charlie Hickey's song "Ten Feet Tall" was released on his debut EP, 'Count The Stairs' last year. Since then, Hickey has released two singles, "Hangar" and "Nervous At Night." His debut album, 'Nervous At Night,' will be released on May 20th via Phoebe Bridgers' label, Saddest Factory Records. Additionally, you can enter the 88.5 FM giveaway to win a pair of tickets to Charlie Hickey's show at the Troubadour on May 21st! (contest ends 4/3 at 11:59 pm)

11. This next collaboration is by artist Palms Station, better known as Hillel Tigay, and singer-songwriter Torii Wolf. "Blue Skies Back" was released this March and has been featured on 88.5 FM for the past month! Regarding the two musicians' solo work, Hillel released a few singles last year as Palms Station, while Wolf dropped the 2022 single entitled "Hangman."

12. Last but certainly not least, Paris Jackson's song "Never Going Back Again" is the final track off her latest record, 'The Last EP.' Jackson's debut was in 2020 when she signed to Republic Records and released the single "Let Down." While Paris only has a couple of songs out, she certainly isn't new to the music scene as she is also the daughter of Michael Jackson. Although it isn't known when Paris is performing in SoCal next, she will be appearing at the festival Boston Calling on May 27th.

Members Only: The Head and The Heart at Greek Theatre on Saturday, August 20, 2022
SIGN UP FOR FREE TICKETS HERE 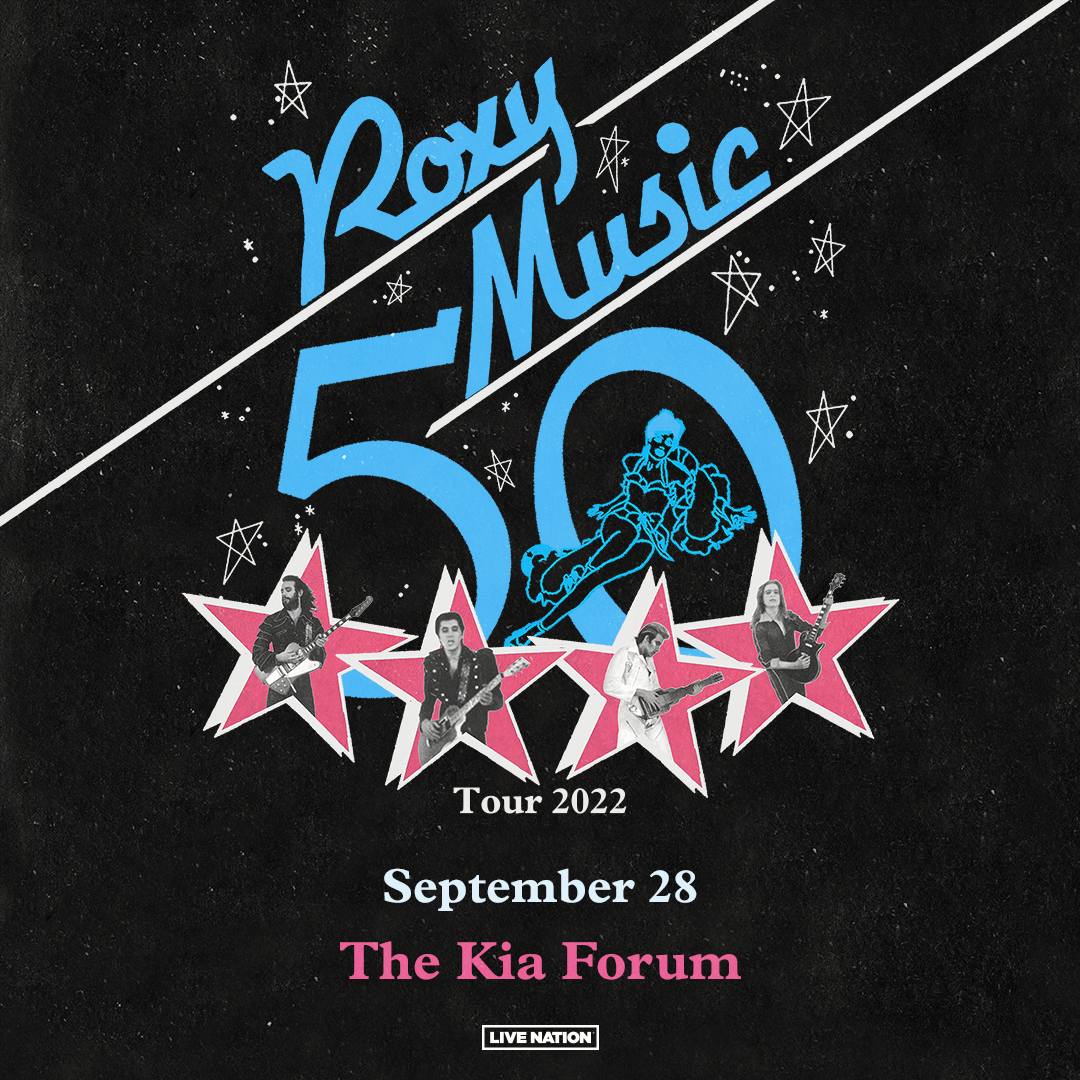 Members Only: Roxy Music at KIA Forum on Wednesday, September 28, 2022
SIGN UP FOR FREE TICKETS HERE 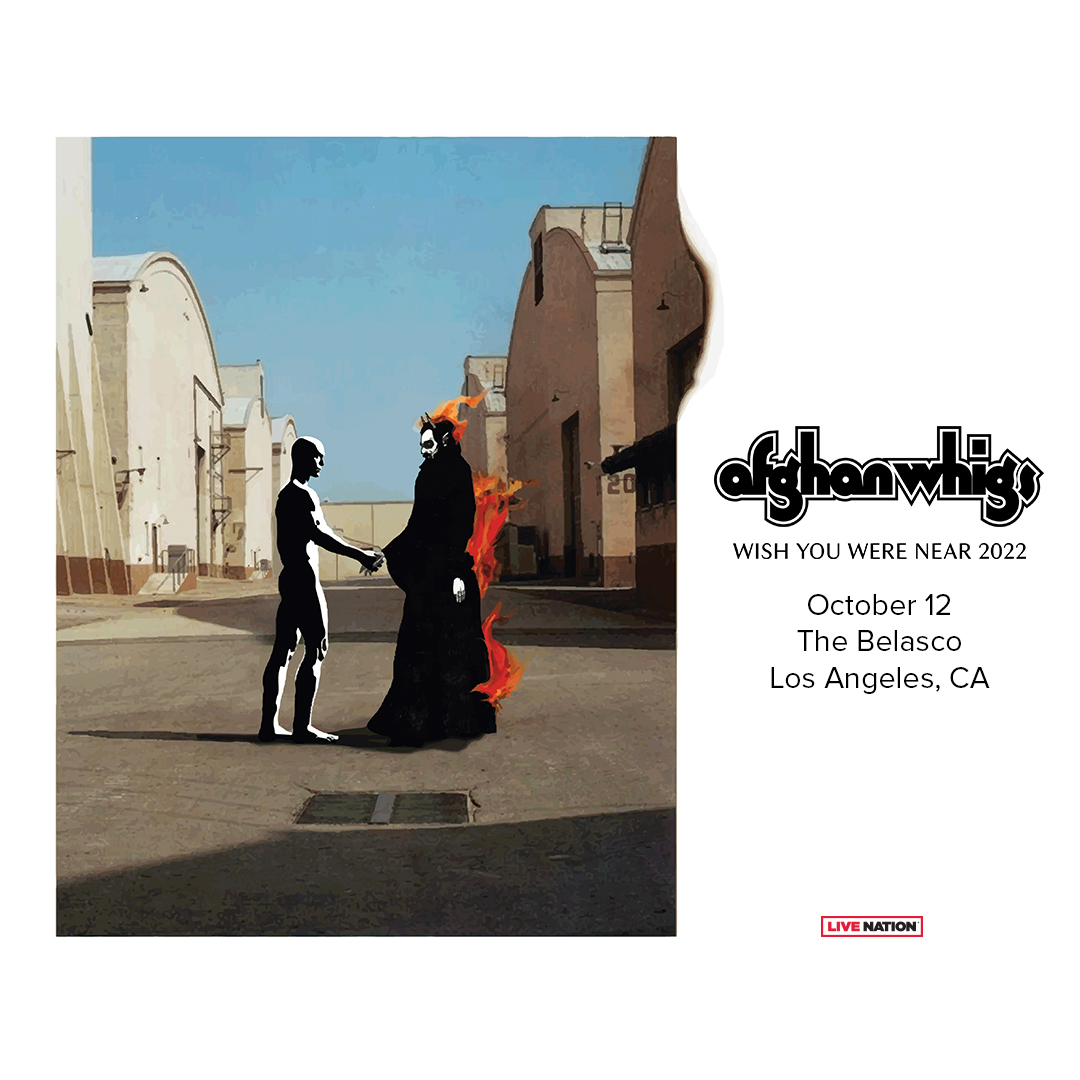 Members Only: The Afghan Wigs at The Belasco Theatre on Wednesday, October 12, 2022
SIGN UP FOR FREE TICKETS HERE 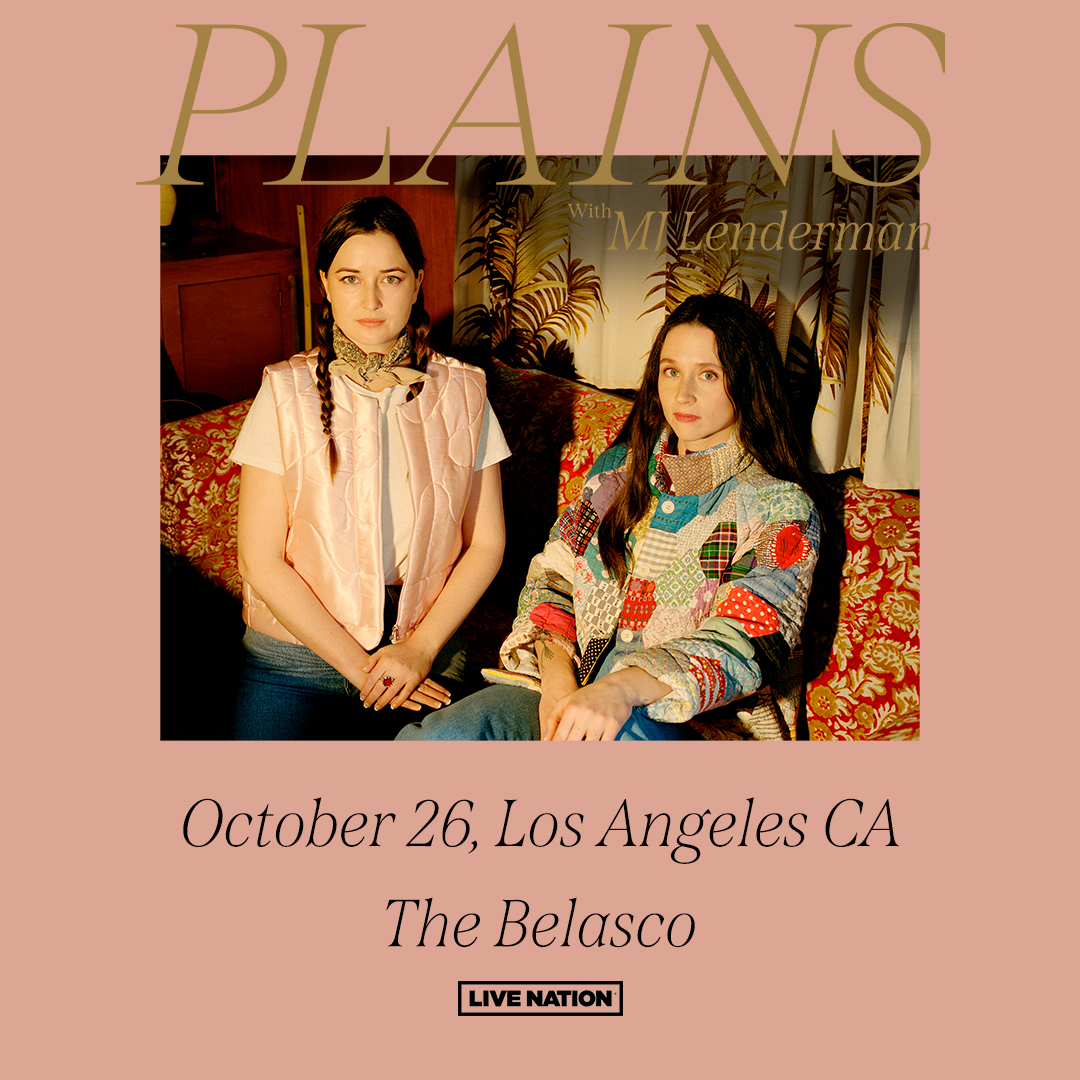 Plains at The Belasco Theatre on Wednesday, October 26, 2022
SIGN UP FOR FREE TICKETS HERE 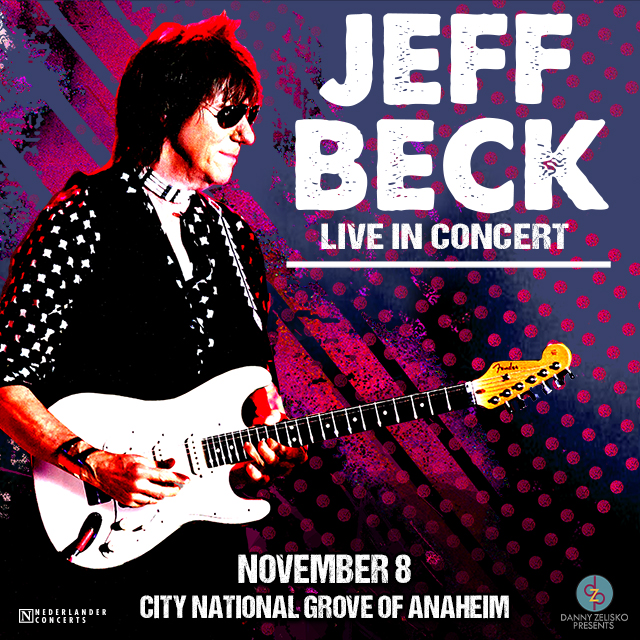 Members Only: Jeff Beck at City National Grove of Anaheim on Tuesday, November 8, 2022
SIGN UP FOR FREE TICKETS HERE 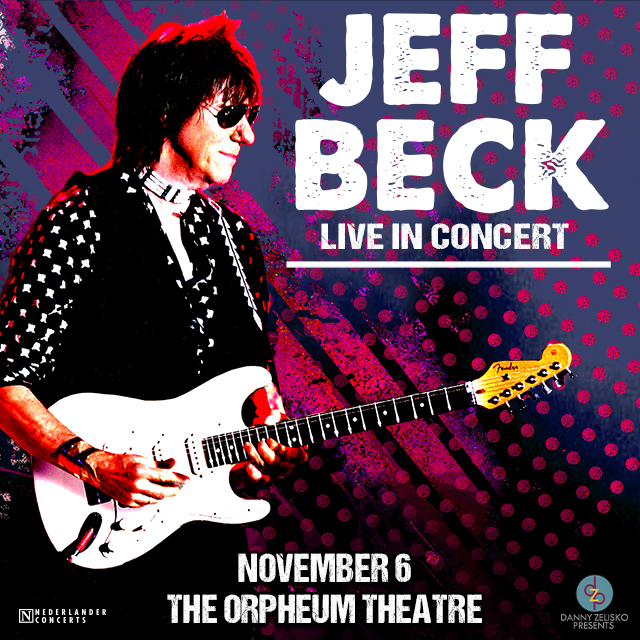 Members Only: Jeff Beck at The Orpheum on Sunday, November 6, 2022
SIGN UP FOR FREE TICKETS HERE 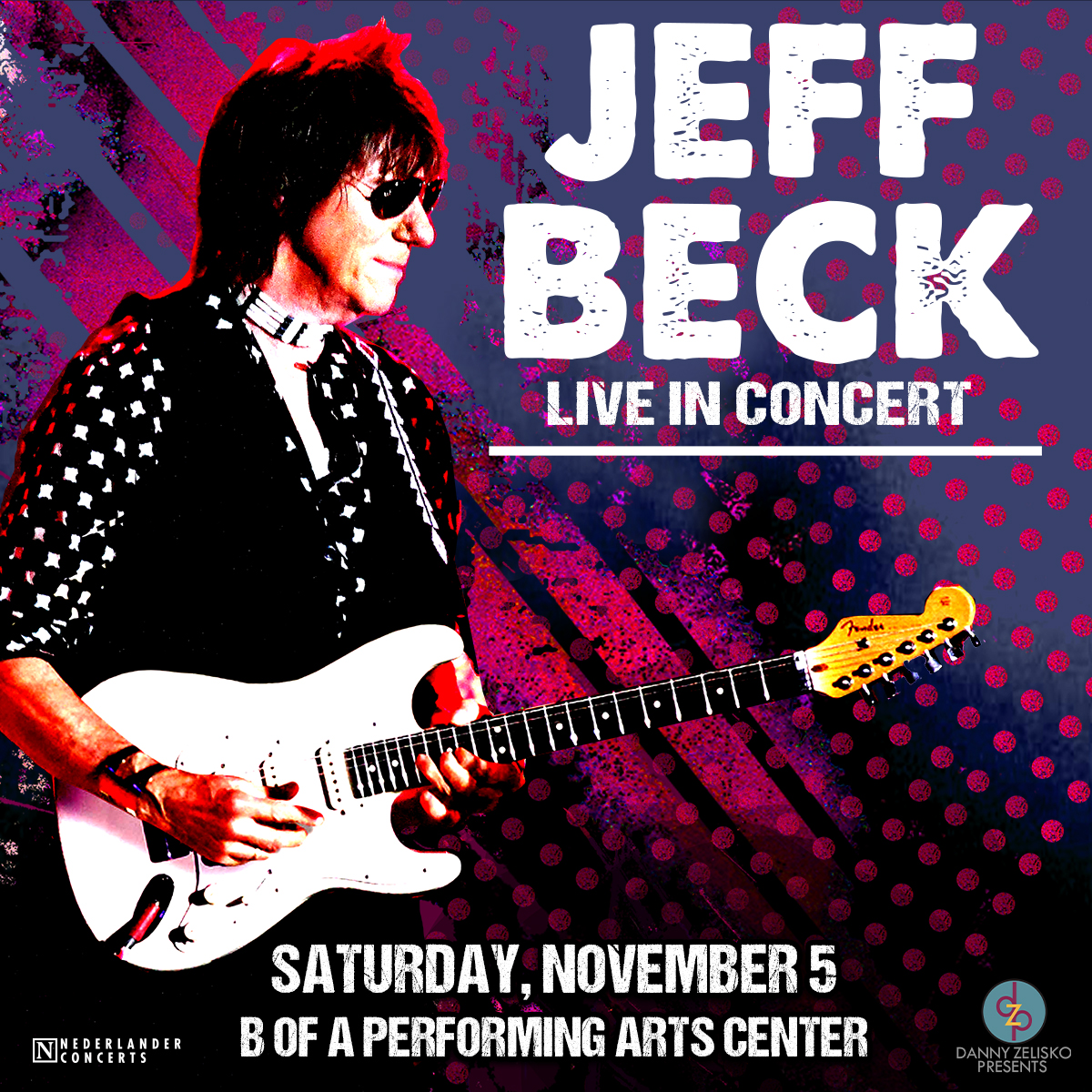 Members Only: Jeff Beck at Bank of America Performing Arts Center on Saturday, November 5, 2022
SIGN UP FOR FREE TICKETS HERE 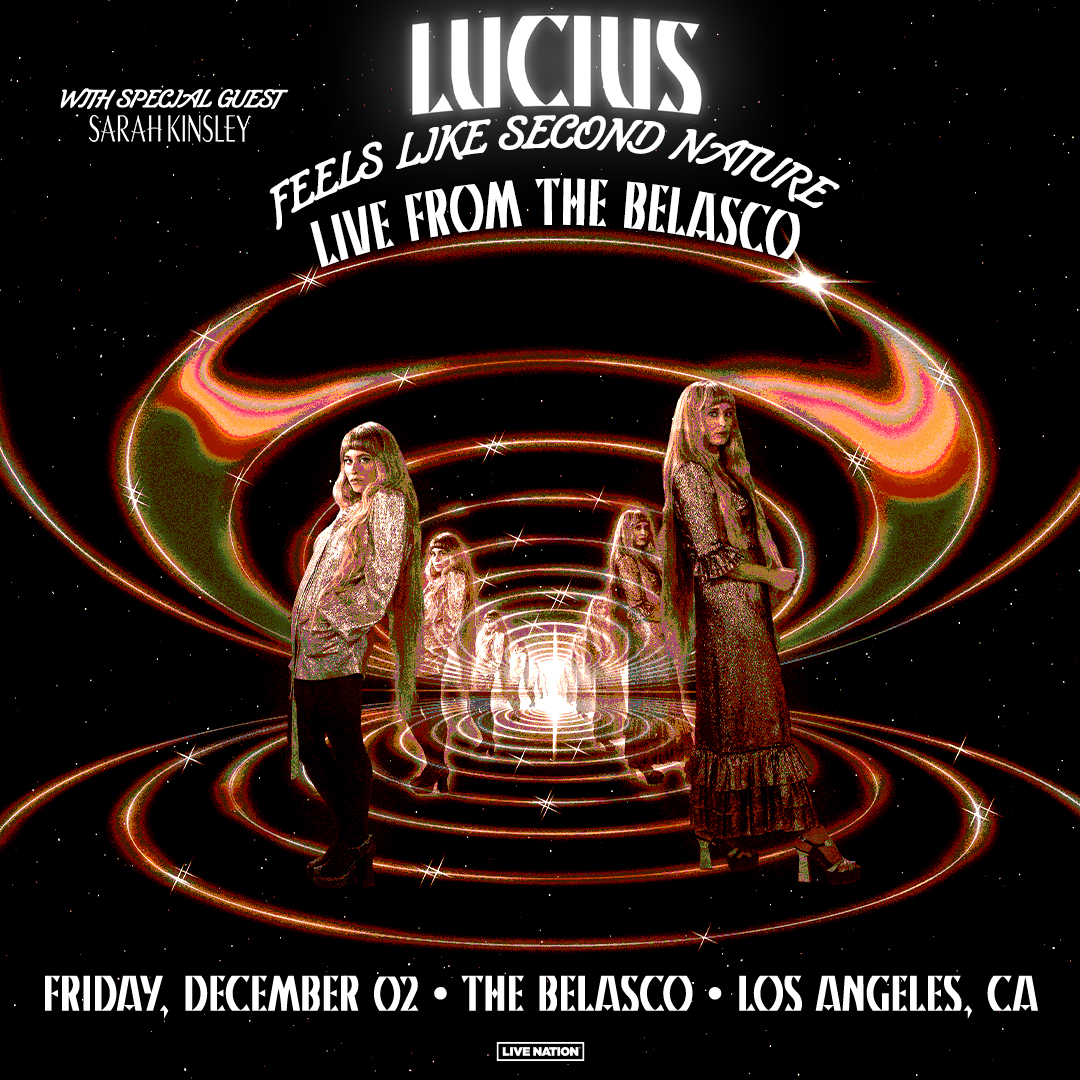 Members Only: Lucius at The Belasco Theatre on Friday, December 2, 2022
SIGN UP FOR FREE TICKETS HERE

Members Only: Allman Family Revival at The Wiltern on Friday, December 16, 2022
SIGN UP FOR FREE TICKETS HERE
VIEW ALL EVENTS
ADVERTISE WITH US